Can be transformed into Katsu, Lineage W 'Berserk' collaboration starts

Berserk is a cartoon by Kentaro Ko, Ko, and depicts the magnificent life of the protagonist Kats, the world where swords, magic, and monsters exist. NC plans to collaborate with several global IPs, starting with Berserk.

First of all, Lineage W has updated the 'dimension niche' based on the Berserk worldview. Lineage W Tsushima Wizard 'Axid' is called for a niche survey quest, and you can cooperate with Berserk characters such as Gatsu, Sirke, and Serico to check the original story.

The niche of the dimension can be entered from level 30 to 26 days. If you kill a black monster, you can get the seal of the niche, and the seal can be exchanged for weapons/armor magic spells (imprints), rare weapons/armor creation secrets (engraved), and powder of fairy in the game store..

Subsequently, Berserk characters are introduced by skin. Through the weekly event quest, which will be held every 26th, you can acquire Berserk characters 'Transformation/Magic Doll Skin' such as Gats and Park. It can also be exchanged for the peak of niche in the gaps of the dimension, and skins such as Gatsu (Berserkers), Sirke, and Isidor can be purchased in the in-game shops. 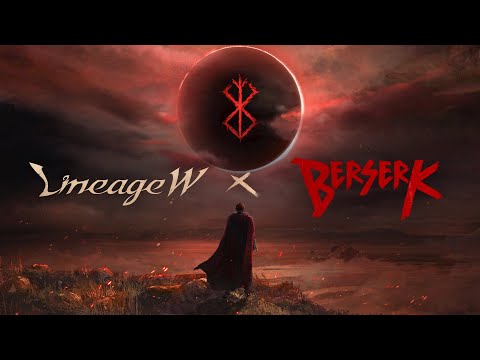 NC will hold an attendance check event until August 3rd. TJ Coin can be obtained by the 8th, 14th and 21st rewards, and TJ Coin can be replaced with TJ ’s Sweet Coupon III in the in-game store. Coupons can be re-challenged to transform/magic doll synthesis and restore rare grade items (weapons, armor, ornaments) that failed to reinforce.