The 27-year-old sat on Sunday after 159 kilometers in San Benedetto del Tronto on Italy's East Coast in the Mass Print in front of the Italian Giacomo Nizzolo and Kaden Groves from Australia. For Bauhaus, it was the first victory this season and the 18th success of his career.

"I feel unbelievable. I had a heavy winter, but I knew that I was in good shape. We knew that on the targeted counterwind reign, so I hid as long as possible," Bauhaus said. 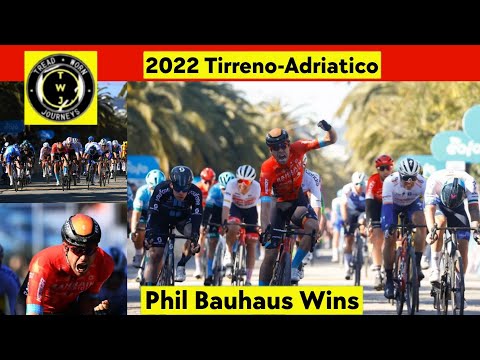 The overall victory secured himself as in the previous year Tadej Pogacar. The 23-year-old from Slovenia was enough on the last stage a place in the main field to make his third victory in the third race this year. This applies to the two-time tour de France winners next Saturday as one of the top favorites at the classic Milan-Sanremo.

Pogacar had practically made the overall victory on the penultimate stage. With an attack 16 kilometers in front of the destination, he left the competition and won with great lead before the Tour Second Jonas Vingegaard. The Dane had in the final bill 1:52 minutes behind Pogacar.