The hack'n'slash — by Parker

If 2021 was a rather rich level news Hack 'n' Slash, it is no doubt Diablo 2 via its improved remaster Resurrected who most strongly marked this year. 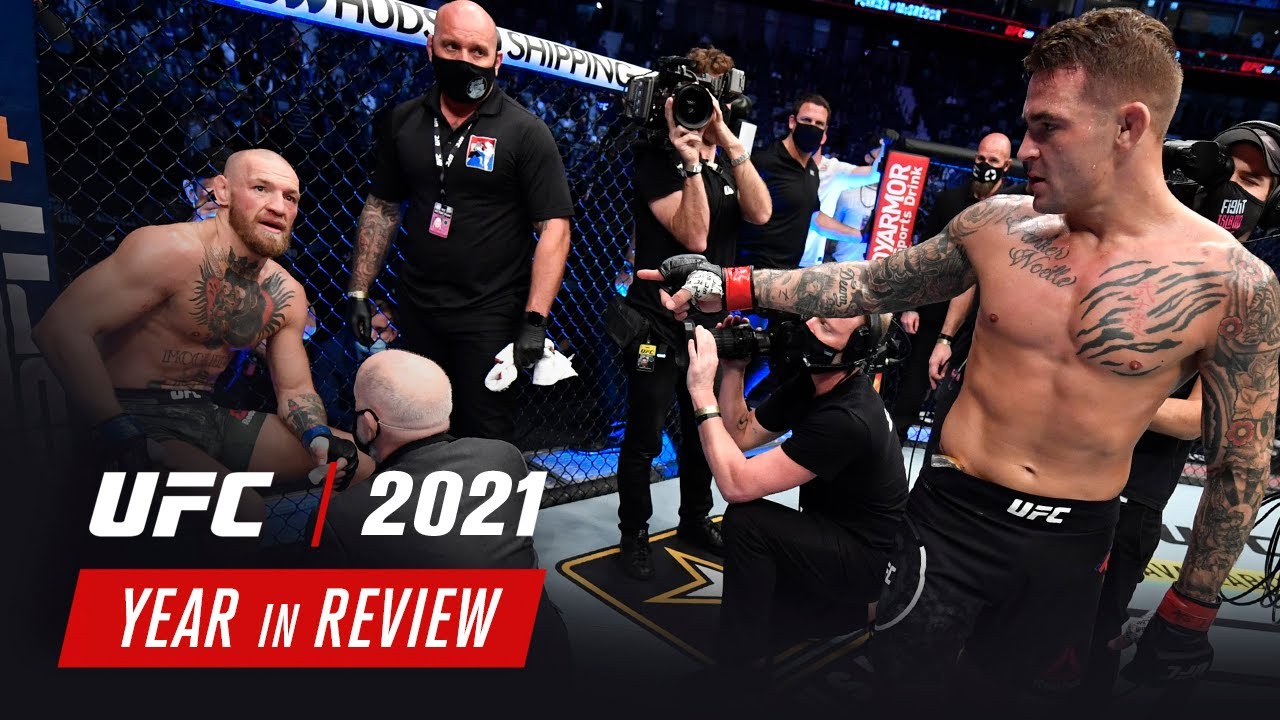 Diablo 2 is a legendary title that needs no introduction and continued to attract many players — in its basic version or modded — despite playing conditions of another time, starting with the display. If a remake was requested by fans for years and that the creators of the game had several times felt impossible to replay the game preserving the experiment, a solution was found by the teams of Activision — Blizzard as an overlay to the game to recreate the original real-time display in a 3D display to suit all modern screens without impact on the gameplay. D2R has been formalized and announced at Blazon having taken place in February 2021 for release in September. In addition to the necessary graphical facelift, they took the opportunity to pass the game on the modern version of Battle.net — to overcome the play areas, but limiting certain modding possibilities, fix some bugs that could negatively affect the players as well add the minimum quality of life improvements: chest expanded with tabs shared between the characters of the account and optional automatic collection of gold. The announced goal was to offer players to rediscover the experience they had known about the original version of D2 (based on the latest version of the game, not the launch) by retaining the ability to change the game in a second time to put it more up to date — and thus being less D2. Possibility they started to follow, with patches bringing more and more changes to the game. The developers of Diablo 2 mod Project have also offered help after seeing that developers D2R began to follow the path that they themselves had taken before them. The downside of all this is that D2 is no longer playable via D2R which becomes its own title. But maybe one day they will propose to play D2R Vanilla? The choice is always the best option.

Besides that, the news of the license has been relatively quiet. No new series. Immortal Diablo the spin-off mobile Diablo 3 happened in beta, but should not come out until next year. Diablo 4, which has no date and was not expected this year, was still officially delayed, particularly because of the unrest there was in society. However, quarterly reports on the development of D4 support a finding that the work progresses and the direction they take is not decorate and sometimes even interesting enough, so to keep hopeful to have a title that ultimately will honor a little more to the series than the previous game.

In competition, it is not more active.

2 Path of Exile has unveiled a bit this year, but is ultimately not expected before 2022. In the meantime, Path of Exile continues to occupy the players with leagues always on the same frequency and still much content added each time. What changes most is the amount of dissatisfaction expressed in each league face increasing poorly thought out additions and management of communication and community not always live up to the size of it. See when PoE2 will be there if it will bring enough freshness to restart the machine, or it will quickly move to POE3 that really will be a new game — to start a base rather than a sanitized excrescence growing on the side of PoE1.

3 Torchlight ended its follow a few months after its launch due to the acquisition by Zynga extra of Games Max Schaeffer studio that developed the game — while title and license remain in the hands of the publisher Perfect World. And if after months still no news was given to outsource the monitoring of TL3 to another studio, there was recently the announcement of a new title — this time mobile — operator license.

Titan Quest made the surprise this year by releasing a new extension without notice. All the more surprising that not so long ago, the publisher THE Nordic for 10 years, made a series of announcements and offered two games which Titan Quest Anniversary Edition.

Independent side, Grim's Dawn finally released the Xbox (One and Series) versions of the game. Probably because they had to work on this version to finalize it, they proposed this year an important patch of corrections and remarriages this year. A patch, in itself, it is not exceptional. But they had announced several months before they stopped working on Grim Dawn, whom they consider mature and finished, to devote himself to their other projects.

Last Epoch continues to quietly his little way. If the initial release date has been pushed back to an unknown date, adding the multiplayer to early access to the next year, the studio seems still having found its cruising rhythm for some time by regularly offering bets massive up-to-date offering both new content and former content recovery to upgrade it. In the end, although the game puts more time out that expected (what everyone had planned), the Community seems sufficiently satisfied by the work provided and confident in the capabilities of the team to realize the potential of this title Rather promising.

The reverse of the medal is Women. If in 2020 they had released the game (in the state we know) at the beginning of the year and proposed a first chronic at the end of the year, the balance sheet of the year 2021 is much poorer. There were corrections and improvements, but the major changes finally summarizes the redesign of invocations. All other important additions announced were pushed back to 2022 (including management of controllers and new game modes End-Game ). On the other hand, the fact that one knows it comes from the best evolution made by Women this year: they have decided to communicate a little. The content is widely improvable (they announced 3 and 4 new game modes, but we do not know what a single), but they come from so far that the monthly letter seems revolutionary.

Next to these titles already installed, we saw a little new: The Romancer. French title a little discreet because it is still at the beginning of early access that may be relatively slow, but which still has enough interest to follow it. If it does not have the potential to rub into previously cited securities (especially the fact that it is only solo), it brings its share of ideas to make its own identity and can be its place in addition Other titles.

If 2020 had been a good year for game puzzles and points & clicks, I will be much more reserved when you summarize 2021. Everything had started well with Thou, cute point & click, but who was already suffering from An evil that I was going to feel like seeing all year round. 2021 will have been for me a year that will have missed daring to lock themselves in a very classic register. A quality classicism ( The Dark side Detective or Psychopath 2 ), but which has also led to several years old securities reissues, such as the Director's Cut of Kathy Rain.

I want to focus on titles that have sometimes awkwardly attempted things. As don't forget me and its very textual orientation. But also Song of Farce and Gamete, two games that do not forget to put choices and consequences in the investigations they offer to players. And how not to talk about The Forgotten City, a writing model that misses very little the game title of the year at home?

But this category is also dedicated to the game puzzles for which my best experience of the year will come from two free LCS of a game released in 2020: relic ta. It must be said that the kind of the puzzle-game did not escape the evil that I spoke above, as shown by the release of a new version of Myst 1 in the heart of the summer. Some had many ideas, like Juggler's Tale and the thread of his puppet or tandem: a Tale of shadow and his principle of shadow and light, but he missed something to allow them stand out from the crowd.

Finally, 2021 may have been the year of small games of reflection quieter rather than that of big puzzle-games. I am thinking here at games like MINI MOTORWAYS, Cloud Gardens, UNPACKING or the very relaxing DorFromantik.

RPGs from participatory financing — by Zekkangel

This year saw the arrival of two good RPGs from Kickstarter.

The first, Sonata: Crown of the Master, comes from a Parisian studio, Tactical Adventures. This is a tactical RPG using SRD (a free basic kit) of D & D5 to create its own universe. Although the title fishing on his technique and his script, weak means oblige, he shines by the quality of his gameplay. At the same time simple and very tactical, the fighting using the environment will delight lovers of the kind. Also, noteworthy the presence, important, of a card development tool and campaigns. The door open to the many additions of the community, which has already started work. And the studio feeds the game via free and paid additions. A license led to be developed, to monitor for tactical RPG lovers.

The second comes from Owl cat Games, the Russian studio behind Pathfinder: Kingmaker. They continued on their good launched to offer another campaign adaptation, Wrath of the Righteous. Although relatively buggy at his exit, the studio has since solved most of the problems. The game can boast of being surely among the best or the best RPG since the famous Balder's Gate license. Let's start by talking about the possibilities of innumerable gameplay, due to the very large number of classes and archetypes available, and the variety of equipment and objects available, there is something to do and redo. But it is via his campaign that the game shines almost more. Starting from the simple crusade against evil, the game tells mounts stories about those who populate the wound of the world, from the tragic to the wonderful, regularly touching. And what about traveling companions, as varied as interesting for the most part, with many interactions, all in an epic main frame, considerable stakeholders and issues. All that served accompanied by a high quality OST. With this game, the Owl cat Games studio has placed among the great GRPS.

Apart from the quality of these games, it is worth noting the proximity of the studios with their community, whether it is to guide the development or just exchange with people.

Labels: game had several times title of the year